THE FORGOTTEN HISTORY OF LINCOLN HEIGHTS

​Lincoln Heights, Ohio is a community roughly 13 miles north of Cincinnati’s city center with a population of approximately 3,300. A historic and proud community nearing its 75th year of incorporation (1946), Lincoln Heights was the first majority African-American, self-governing municipality north of the Mason-Dixon line. A victim of systemic dismantling of its land ownership by Hamilton County, Lincoln Heights is roughly 10% of its original size, which included parts of all surrounding communities including Glendale, Lockland, Reading, Woodlawn, Wyoming, and Evendale (particularly where the General Electric plant resides) removing its industrial tax base.
​
Despite the economic isolation, Lincoln Heights was the largest majority African-American community in America, which housed two grocery stores, a pharmacy, fire and police departments, two skating rinks, movie theater, nightlife venues, its own high school, and dozens of other businesses for its over 6,000 residents in the 1970s. Over the next 30 years the population dropped to current levels and was hit hard by the loss of manufacturing jobs and tax revenue. Since 2003, the year the YMCA closed in Lincoln Heights, independent fire and police services have been outsourced, and the lack of tax-base, high poverty levels due to unemployment and underemployment, and high violence rates have been crippling to the community’s economic vitality. 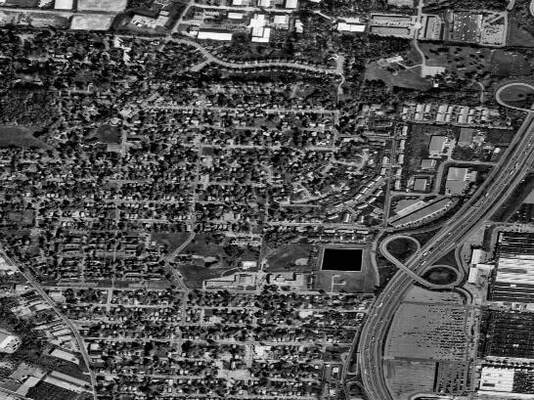